The site on a hillside above the mature city centre of Jena provided space for a three-dimensionally networked overall design that links a wide variety of functions such as research, development, incubators, production, logistics, administration, social functions such as restaurants, meeting points, cafes, etc. with each other via fractal structures, modules and “synapses”. 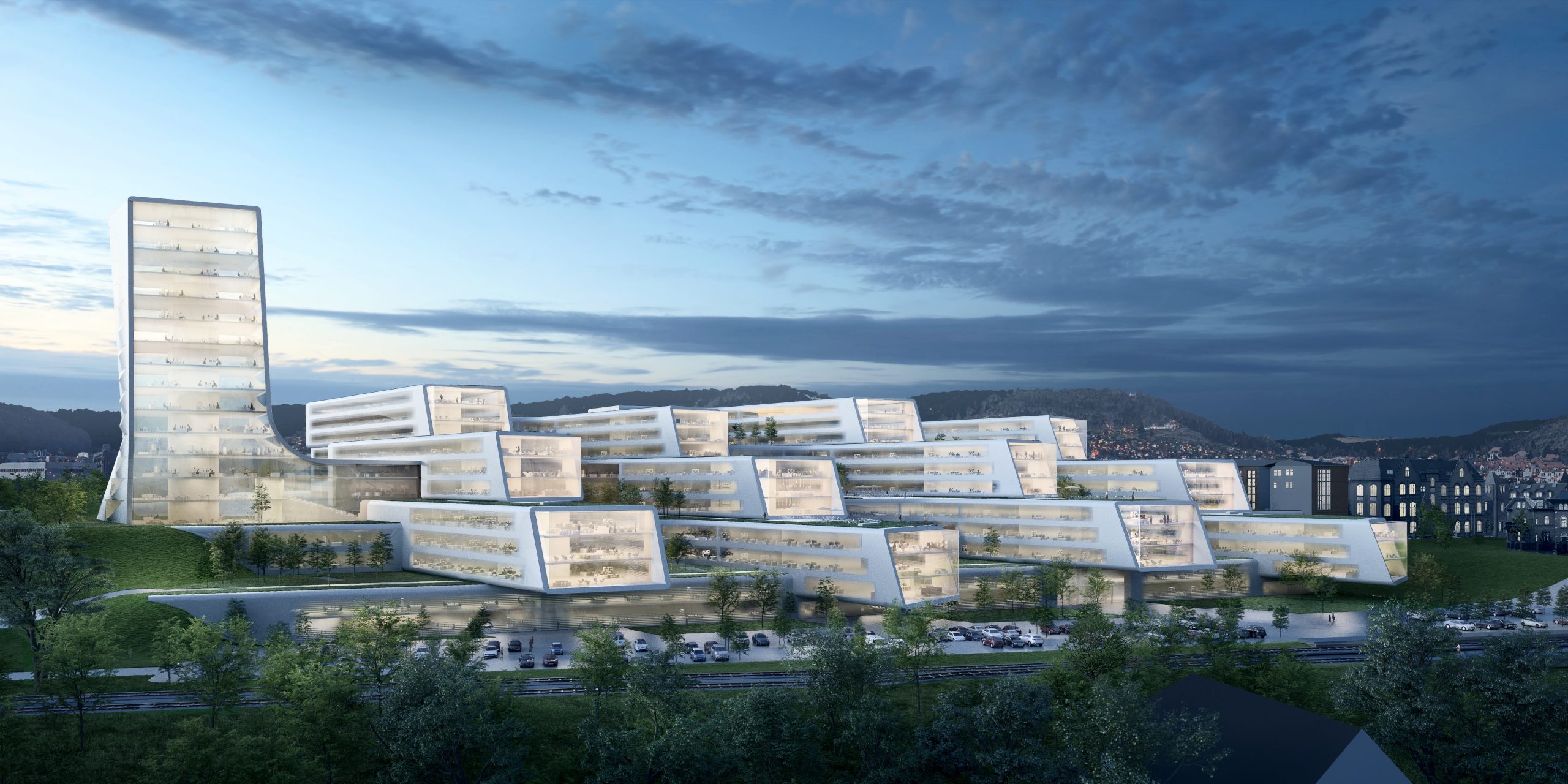 Along its length, the building complex is intersected by a central avenue, which – also due to the topographical slope – makes it possible to gain insights into the most diverse corporate divisions. The diversity of the company becomes particularly tangible here. This two-storey main avenue links the central main entrance on a public square with a congress centre on the opposite side and is always connected to the most diverse areas by junctions and bridges in its course. 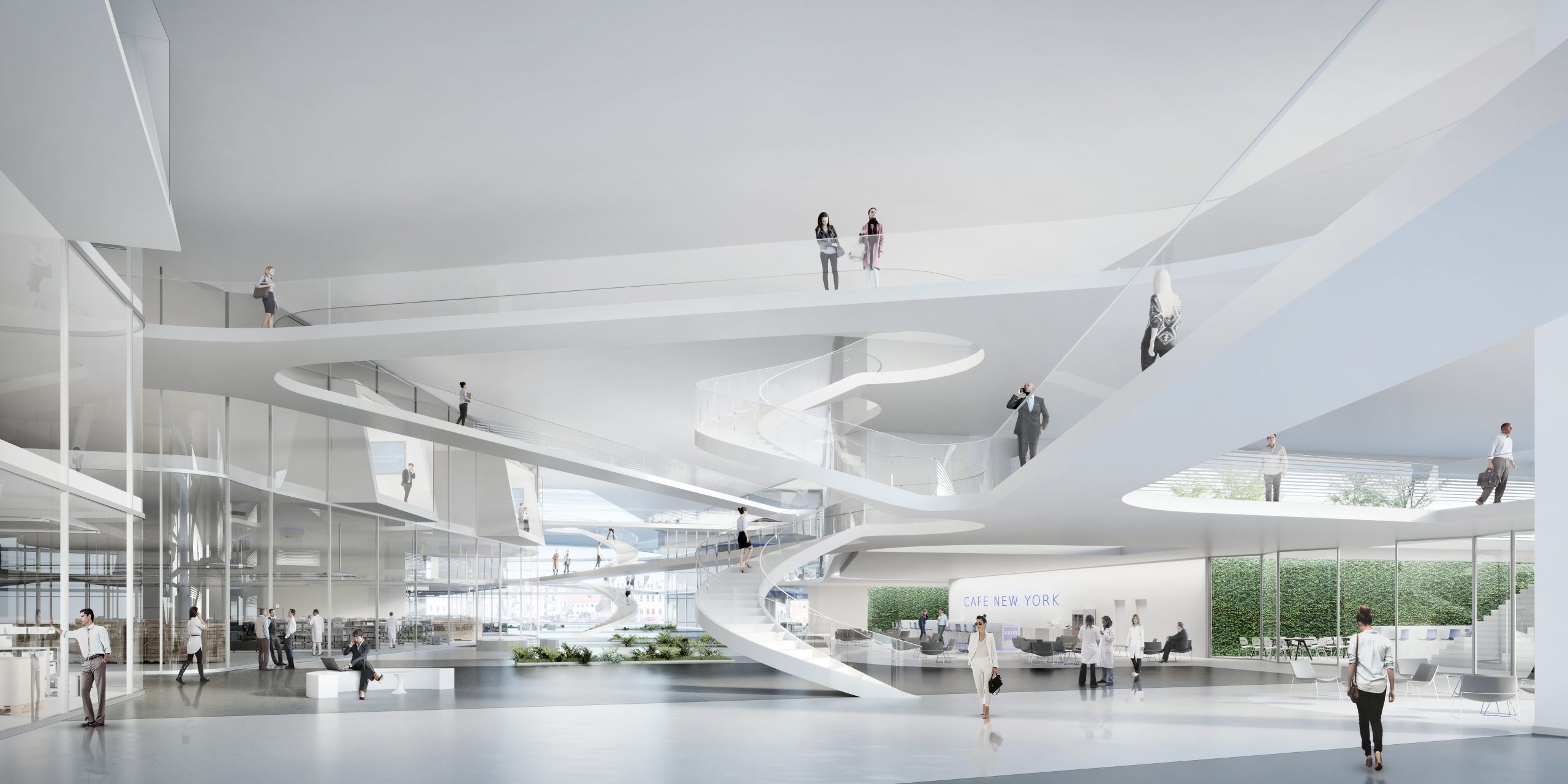 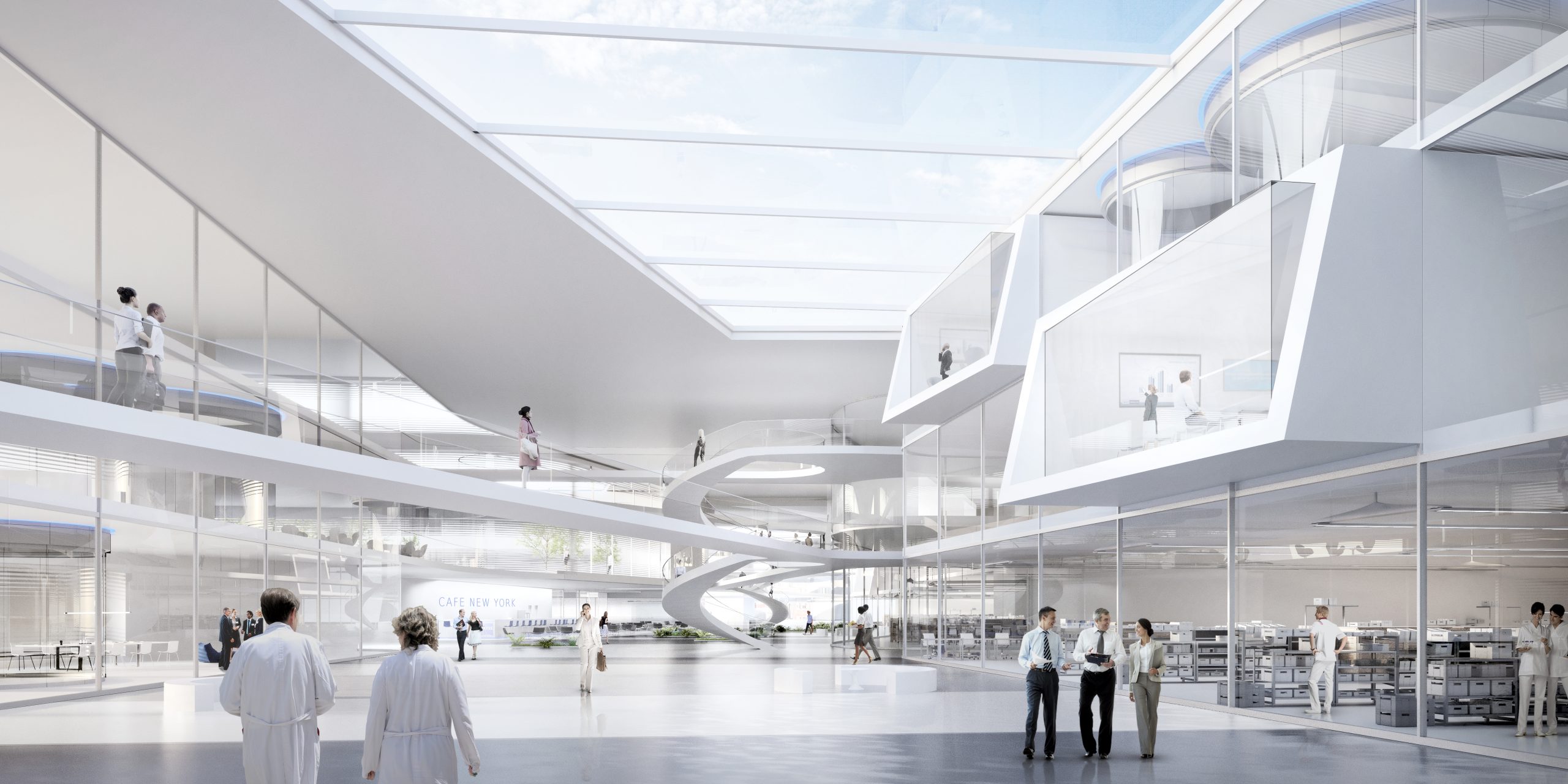 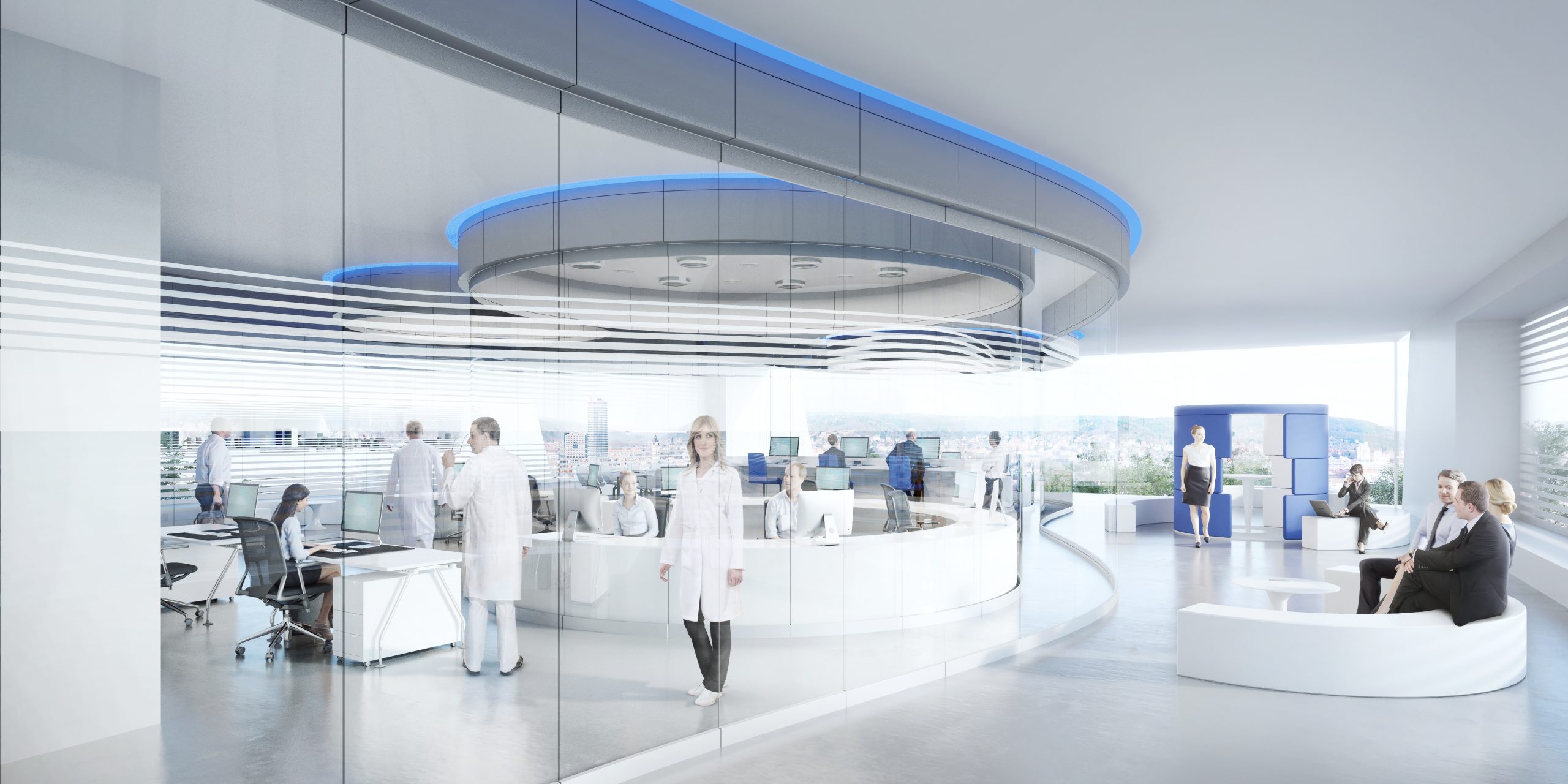 The main entrance consists of a large, transparent and three-storey building arch, which on the one hand integrates old valuable buildings from the company’s founding period, and on the other hand conveys an inviting and transparent gesture for visitors and employees.

The congress centre is located in the lower section of a 14-storey transparent high-rise building, which consistently extends from the network architecture into a vertical position, forming the conclusion of the new quarter. The white façades radiate precision and clarity, the fractal, modular structure of the individual sections provides orientation and identification on a human scale. The heads of the modules are consistently glazed, forming “windows” onto the city, and their prismatic shape is reminiscent of high-precision lenses from the ZEISS company. They minimally change the direction of view and also allow grandiose views onto the valley and its city. 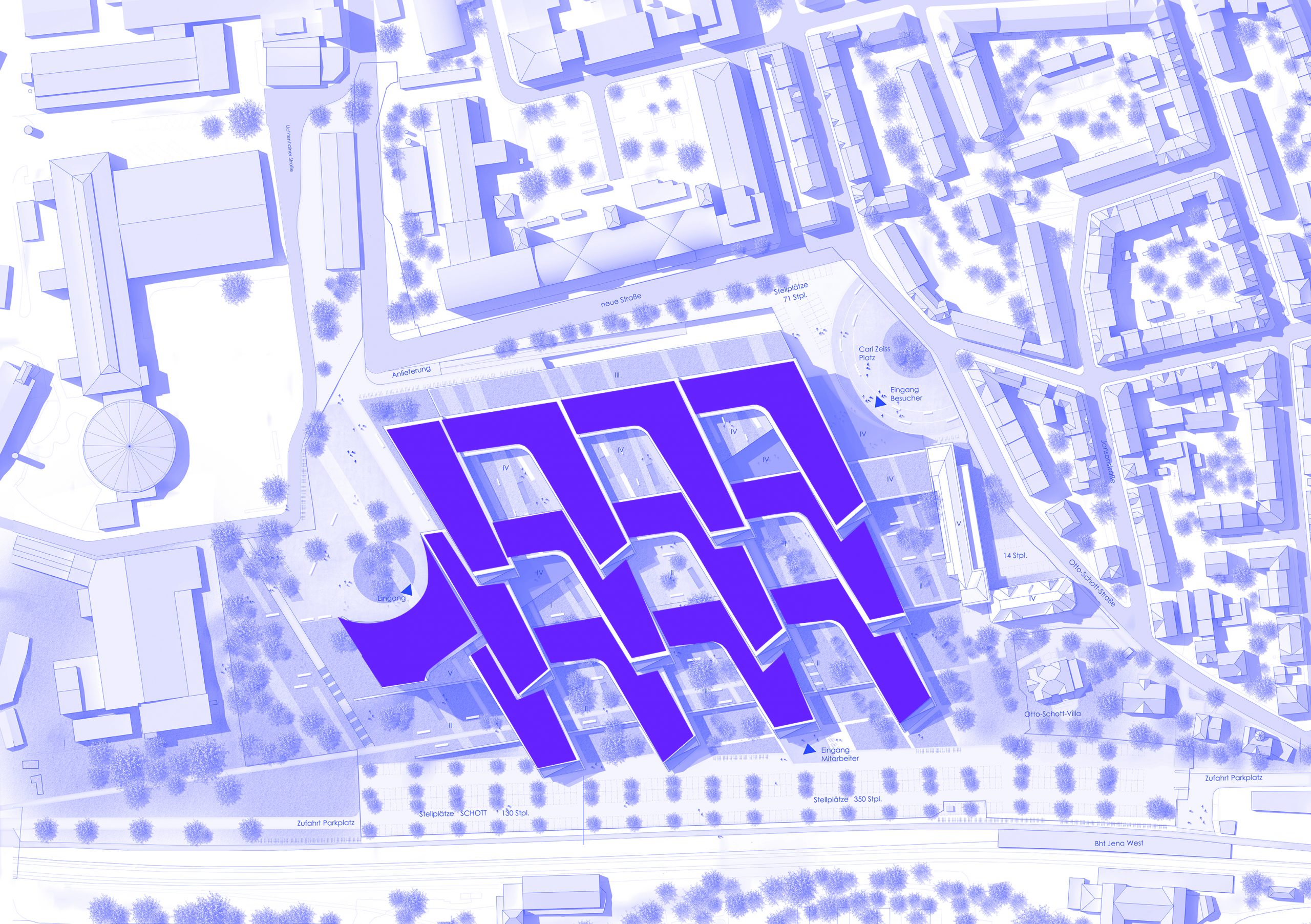 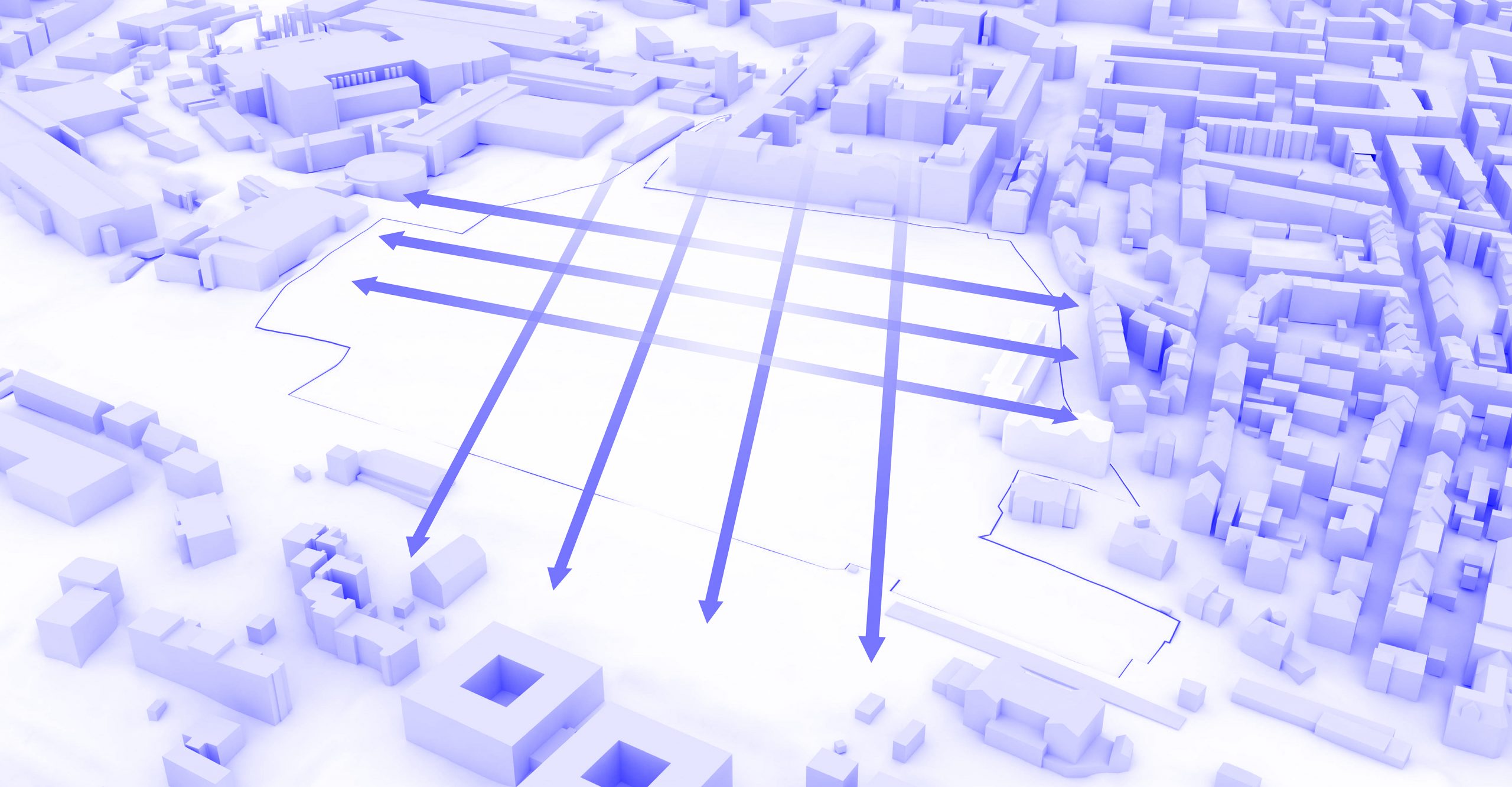 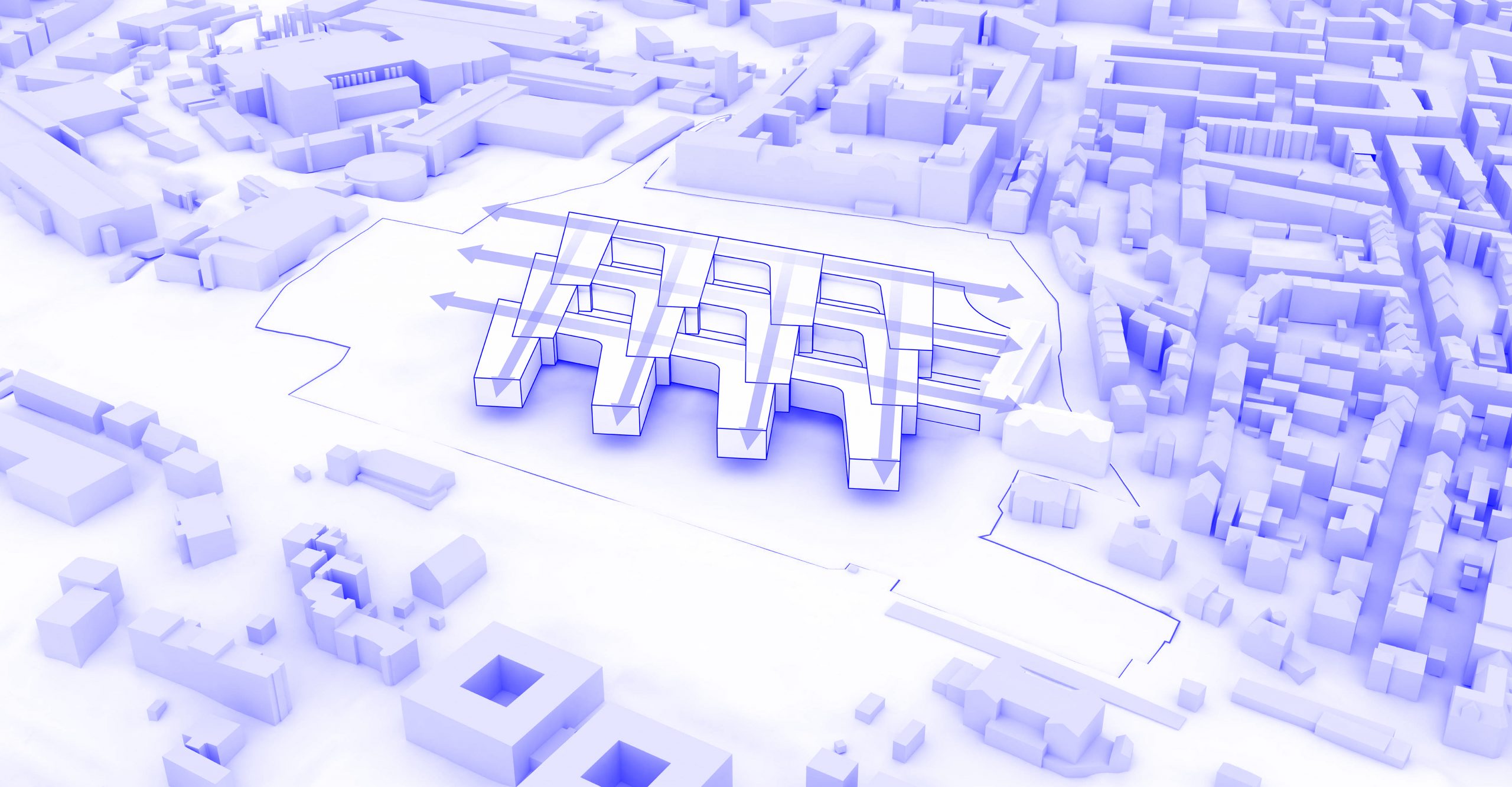 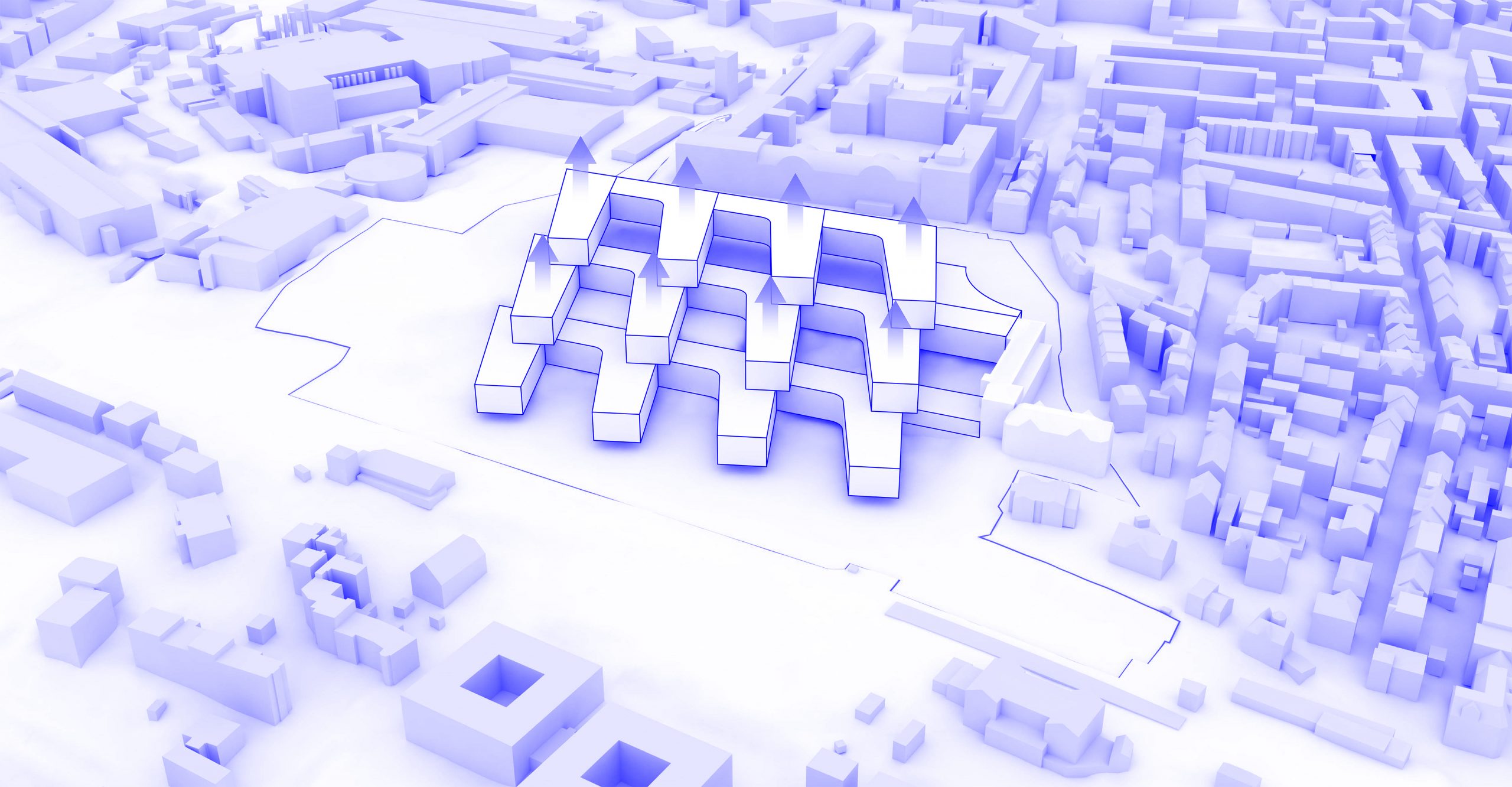 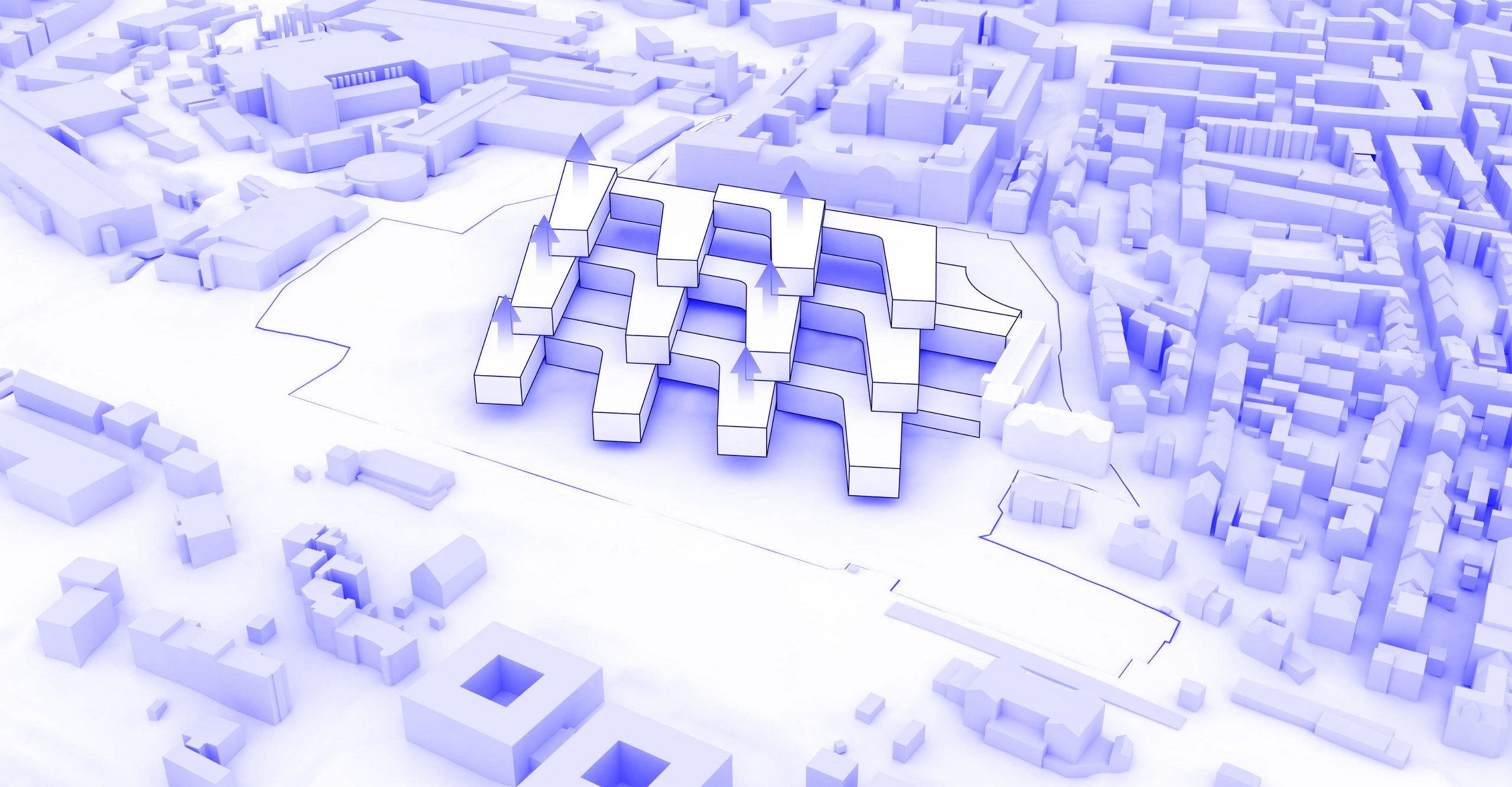 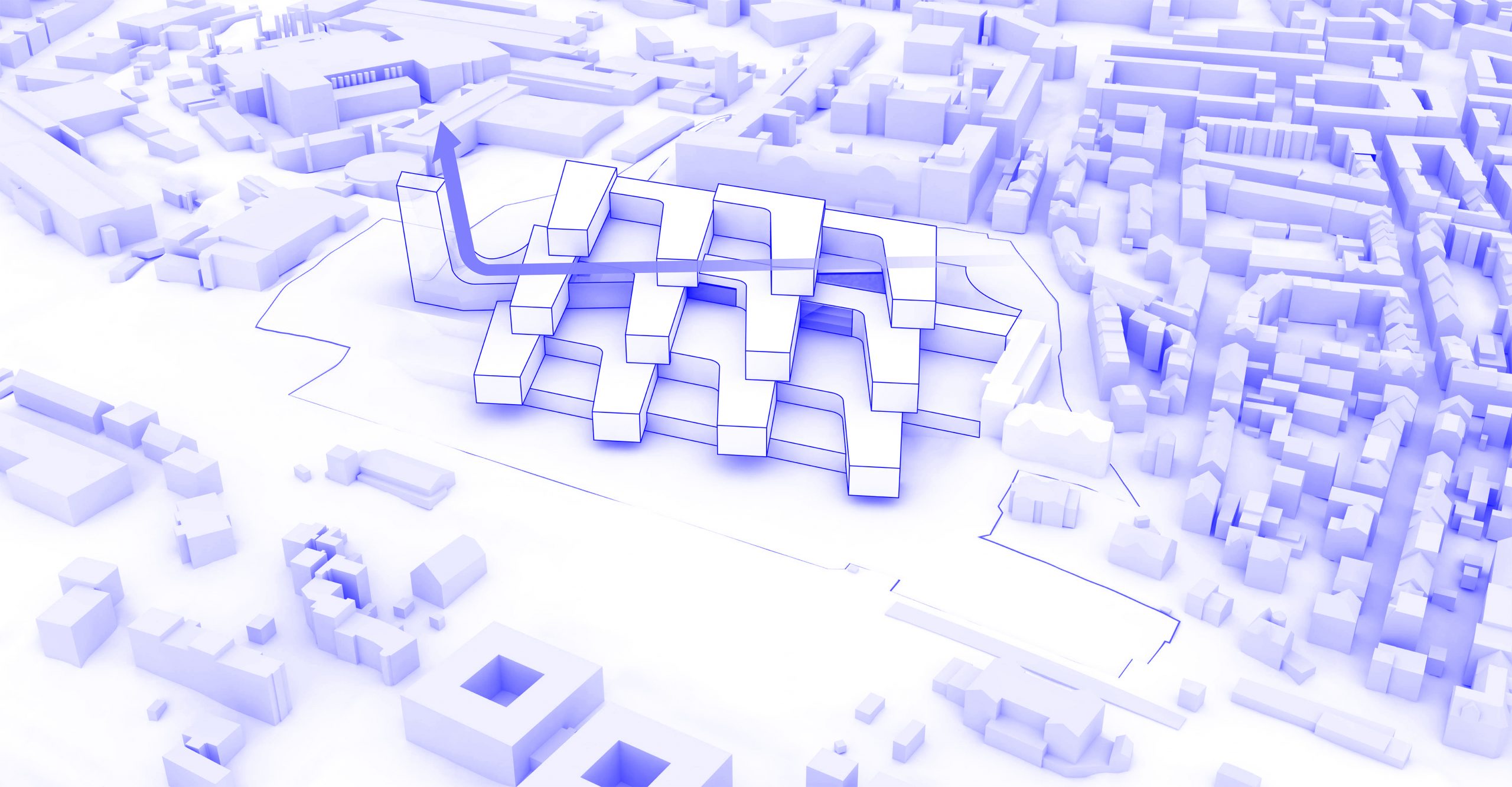 The open spaces between the modules consistently integrate the network idea and create a large number of terraced courtyards with a high recreational value. The workplaces facilitate hybrid forms of work that will become increasingly important in the future, the dissolution of rigid boundaries between research, development, production, sales and logistics, and promote fast, direct and personal exchange of information.